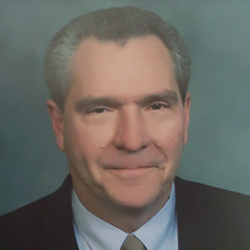 Wagner is an attorney with Shambaugh, Kast, Beck & Williams, LLP. He previously was a partner with Helmke, Beams, Boyer & Wagner and worked as chief trial deputy prosecutor attorney for the Allen County Prosecutor’s Office. Wagner holds a Bachelor’s in Government from Valparaiso University and a law degree from Indiana University. In 2004, he was awarded the honorary degree, doctor of Humane Letters from Indiana Tech.